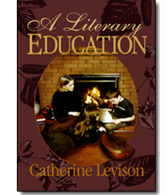 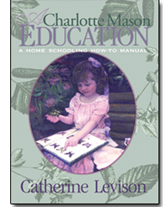 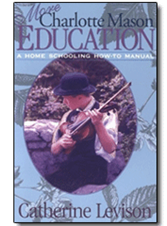 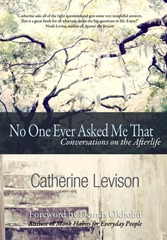 Charlotte Mason teaches parents about many different things. One of the most valuable teachings she had was the power of habit.

Do you find yourself always telling or asking your children the same things over and over again? I know I do. If I had a nickel for every time I told them to put the milk away, I’d be rich. Charlotte Mason taught us that when you find yourself always telling them to do the same thing, you have not trained them in the habits you wish they would perform. She wrote, “the habits of the child produce the character of the man . . .every day, every hour, the parents are either passively or actively forming those habits in their children upon which, more than upon anything else, future character and conduct depend.” Without a doubt her favorite analogy with regard to habits is that they are similar to tracks for a train. The same way that it is easier for the train to stay on the tracks than to leave them, so it is for the child to follow lines of habit carefully laid down than to run off these lines. Because habits are so powerful, she tried to emphasize to parents that it is our responsibility to lay down these tracks.

There is no need to be overwhelmed. The formation of habit is not too much work. Charlotte Mason considered habit a delight in itself, and the training in habits becomes a habit for the mother. The choice is ours, as Charlotte put it, “The mother who takes pains to endow her children with good habits secures for herself smooth and easy days; while she who lets their habits take care of themselves has a weary life of endless friction with the children.”

There is no end to the problems (or, better yet, lack of them) that arise from habit. I think we all want to raise polite, orderly, punctual, obedient children who aren’t causing our home schools to be in a constant state of friction. Charlotte claims that even virtues such as patience, meekness, courage, generosity, and truthfulness are a matter of habit and can be trained as such.

Perhaps dawdling has replaced the habit of attention in your home. Let’s cover how to secure your children’s attention to their school work. Charlotte Mason once asked a very important question, “You want the child to remember? Then secure his whole attention.” Her definition of attention is not a partial attempt to concentrate. Rather she said that “the whole mental force is applied to the subject in hand. This act, of bringing the whole mind to bear, may be trained into a habit at the will of the parent or teacher, who attracts and holds the child’s attention by means of a sufficient motive.”

The point here is that habit plays a large role in learning to pay attention. Sometimes people don’t pay attention because they’ve developed the habit of wasting time. Children certainly are wasting time when they dawdle around during school. The real pity is this kind of habit does not always go away when we reach adulthood. If I haven’t yet motivated you enough, think about this — when your children dawdle they are wasting your valuable time too. Wouldn’t you rather they buckled down and got their work done so you could spend time pursuing your own interests?

Charlotte teaches us that adults should not waste time and neither should children. She would have us teach them that it is their duty to use their time well. We need to set a good example for them by using our time in purposeful ways. It is ultimately the children’s choice to do their work without dawdling, and good habits will help you achieve this. Teach your children that there is “Satisfaction to do the day’s work in the day, and be free to enjoy the day’s leisure.”

The power of attention is a very useful resource for any person to develop. As a parent, you want your children to listen to and retain the information you communicate to them. Charlotte points out that educated professionals, such as lawyers for example, have to be able to listen (pay attention) and react. “Contrast this with the wandering eye and random replies of the uneducated;–and you see that to differentiate people according to their power of attention is to employ a legitimate test.”

The good habit of paying attention can be established by using short lessons. Short lessons consist of 15 to 20 minutes in length during elementary school. They increase to 30 minutes per subject in junior high and to 45 minutes in high school. Remember, the Charlotte Mason students were in school six days a week–you, as a home schooler, probably are not. You can and should adjust the daily minutes to suit yourself and your family. By the way, the idea of short lessons is often approached with skepticism. My question to you is, do you have anything to lose by trying it? I cannot even count the parents who tried this and now swear by it.

In the Charlotte Mason method we always vary the lessons to keep them fresh, in other words, to avoid boredom. It is invigorating to go from math to poetry, from penmanship to history. Choose the school subjects so that they alternate between painstaking (e.g., they already know the material but just have to practice it) and subjects that take thought. With each day’s schedule we would want to vary the order somewhat to avoid any drudgery of a strict routine.

The Charlotte Mason method also includes the posting of a schedule. This would include what to do and how long each lesson will last. She writes, “This idea of definite work to be finished in a given time is valuable to the child, not only as training him in habits of order, but in diligence; he learns that one time is not as good as another; that there is no right time left for what is not done in its own time; and this knowledge alone does a great deal to secure the child’s attention to his work.

One of the other strategies is to “never let the child dawdle over (his school work) or sit dreaming with his book before him. When a child grows stupid over a lesson, it is time to put it away. Let him do another lesson as unlike the last as possible, and then go back with freshened wits to his unfinished task … the lesson must be done, of course, but must be made bright and pleasant to the child.”

There are many other ways to motivate a stubborn dawdler. Sometimes parents have to be creative. For example, try conducting math time (if math happens to be the problem) about 30 minutes prior to when the neighborhood boys ordinarily come over to play basketball with your child. If he gets it done and done correctly then he is able to go out and play with them. Another idea for these serious cases is to set out the chess game right there next to the child who now has a reason to make himself finish his work. In time he’ll learn that there is always a reward to finishing a job in a timely manner even if that reward is being able to get it off your mind. As Charlotte Mason says, “the person who is honest about his work has time to play, and is not secretly vexed by the remembrance of things left undone or ill done.”

Eventually your child will mature and as he does he has to make himself pay attention.  Mason said, “He should be taught to feel a certain triumph in compelling himself to fix his thought.”  Your job, in the interim, is to make sure that your child never does a lesson into which he does not put his heart. This will build the habit of finishing, which brings me to my all-time favorite teaching of Charlotte Mason which is, “What is worth beginning is worth finishing, and what is worth doing is worth doing well.”